From Backstage Academy to the F1 Pit Lane – Graduate News 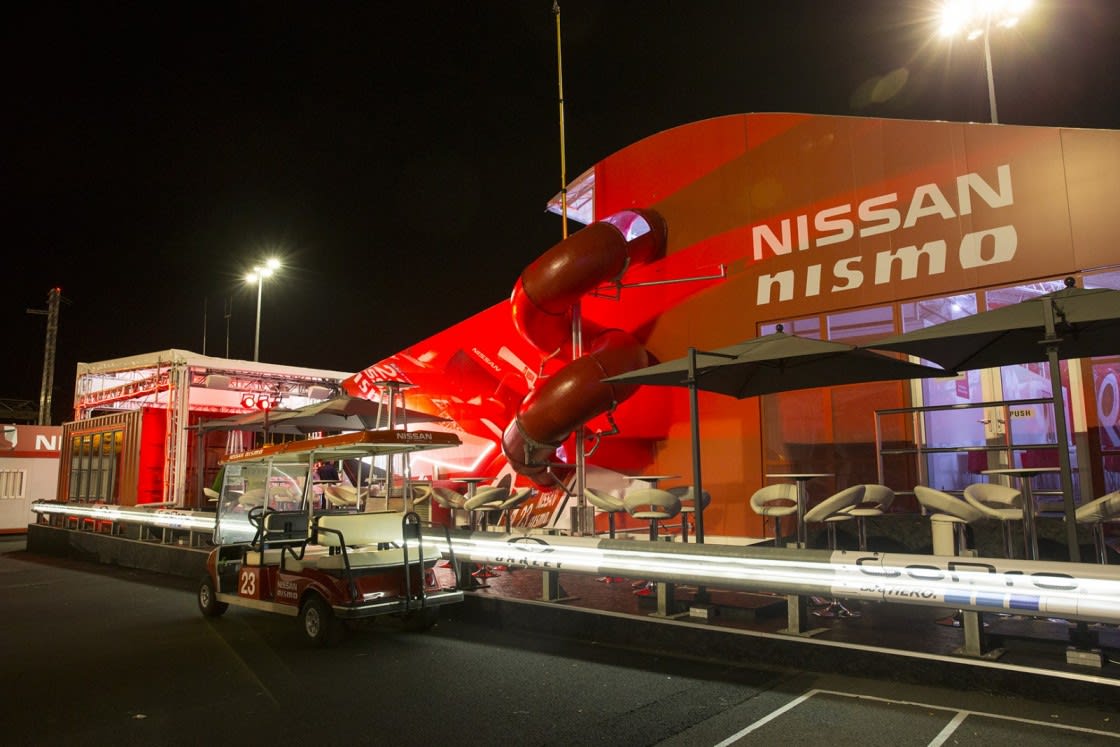 Life in the fast lane!

When Tom Richter was one of the first ever students to study the FdA Live Events Production course at Backstage Academy, he couldn’t have imagined beyond his wildest dreams that it would lead to such an exciting career covering major events around the world, including the Nissan GTA hospitality unit at Le Mans, and the F1 Mercedes Pit Lane project in 2015.

Tom gave us an insight in to studying at Backstage Academy and his journey into life as a Project Manager with Litestructures at Production Park, the home of Live Events.

What made you choose Backstage Academy?

I went to look around several Theatre Schools and they just didn’t feel like they were for me. They were all focused on the theory side and about passing exams, not about getting hands on experience and actually working in the industry; plus personally I found a lot of the schools I visited to be quite snobby.

Backstage Academy was the total opposite, from the moment I stepped foot on campus and saw the facilities; including the 40m x 40m rehearsal venue, there was no way I was going anywhere else! Add to that the fact that the tutors have been there, done it, and got the t-shirt, I knew the skills I would be taught would all help towards working in the industry after the course.

What A-levels did you study and did you purposefully choose them for a career in live events?

At A-level I studied Physics, Theatre Studies and Computing; I dropped Maths and German after AS-level.
My choice of A-levels at the time didn’t really make sense, I just picked the ones I liked doing; it’s only now when I look back that I realise my choices did actually make sense, as they have all played a big part in my degree and career.

What were your top 3 work experience projects whilst you were studying?

There were so many experiences and great opportunities it is hard to single out 3, but I would say they were:

What job do you do now?

I am now a Project Manager working across all of the project businesses at Production Park, which is also the home of Backstage Academy.

What has been the biggest project you’ve been involved with since joining Production Park?

To be honest all the projects are usually pretty big, but the one that really stands out is the Mercedes F1 project, on behalf of Litestructures.

What was the project and what was your involvement?

The project was to design, build, and kit out the Mercedes garage in the Formula 1 pit lane for the 2015 season.

This basically meant we had to create the environment that would allow the engineers to be able to work seamlessly on the cars in every pit lane garage around the world for the entire season. Specifically this included building all of the truss gantry to carry the utility services through the garage, creating the engineers station, creating the storage and tool cabinets (which as you can imagine needed to be of an exacting standard), and creating the telemetry pod where the engineers sit to analyse the race. With all of the structures we built, we had to integrate all of the teams IT and electronics systems for the car and race strategy into our structures ensuring that it remained cool in hot environments, safe for transport and still easily accessible in case of failure.

As Project Manager I was involved with everything from quoting the project, through to overseeing the manufacture of the build.

Were you involved at the race weekends?

Absolutely, the winter tests and first few race weekends were a critical part of the project, especially the first race of the season in Melbourne, Australia, which was full on, but an amazing experience.

I was there to manage and help with the build and setup, teach the mechanics how to assemble and use everything, liaise with the client to make sure they were happy and that everything worked as it should. I also took feedback so we could make new parts and modifications in time for the next race in Malaysia. The hard work paid off though, as after the race I was able take some time off to see some of Australia. Definitely one of the perks of working in such a global industry!

Tom has worked on many amazing projects in his relatively short career since graduating from Backstage Academy. He has already created an industry network across the world, and is a highly regarded Project Manager within the industry.

To find out more about Backstage Academy and what courses you could study that lead to #CareersLessOrdinary visit our degrees pages or email us at enquiries@backstage-academy.co.uk